For this familial cottage in the country near Faraya, a strikingly original – if not audacious concept. The house is seated on a thickly forested land where randomly distributed old trees must be preserved. Also, prevailing regulations prohibit constructions on the peripheral borders of the lot. The sum of such accidental constraints are pushed to their extreme and creatively exploited so to inspire the design – hence the singular, triangular layout.

The cottage’s rooms are distributed around a central courtyard and treated as separated boxes or “islands” dropped off the landscape. Intermediary spaces are filled up with large window walls that are completely transparent – blurring the distinction between indoors and outdoors. Such an interplay between interior and exterior is prolonged and even extrapolated in the exterior pergola that surrounds the south-ouest side of the house. Originally intended as a gate isolating the house from its surroundings, the protective “V” wall is given thickness and turned into a longitudinal, multifunctional pavilion where alternate pergolas and/or indoor spaces are added (patios, pool, storage rooms, workshops, the gardener’s den, so on so forth).

A sharp concept, at the cutting edge of refinement while revealing of a loving, caring relationship with the natural environment.
(Concept – Tatiana Lati & Bernard Khoury for DW5 – unbuilt) 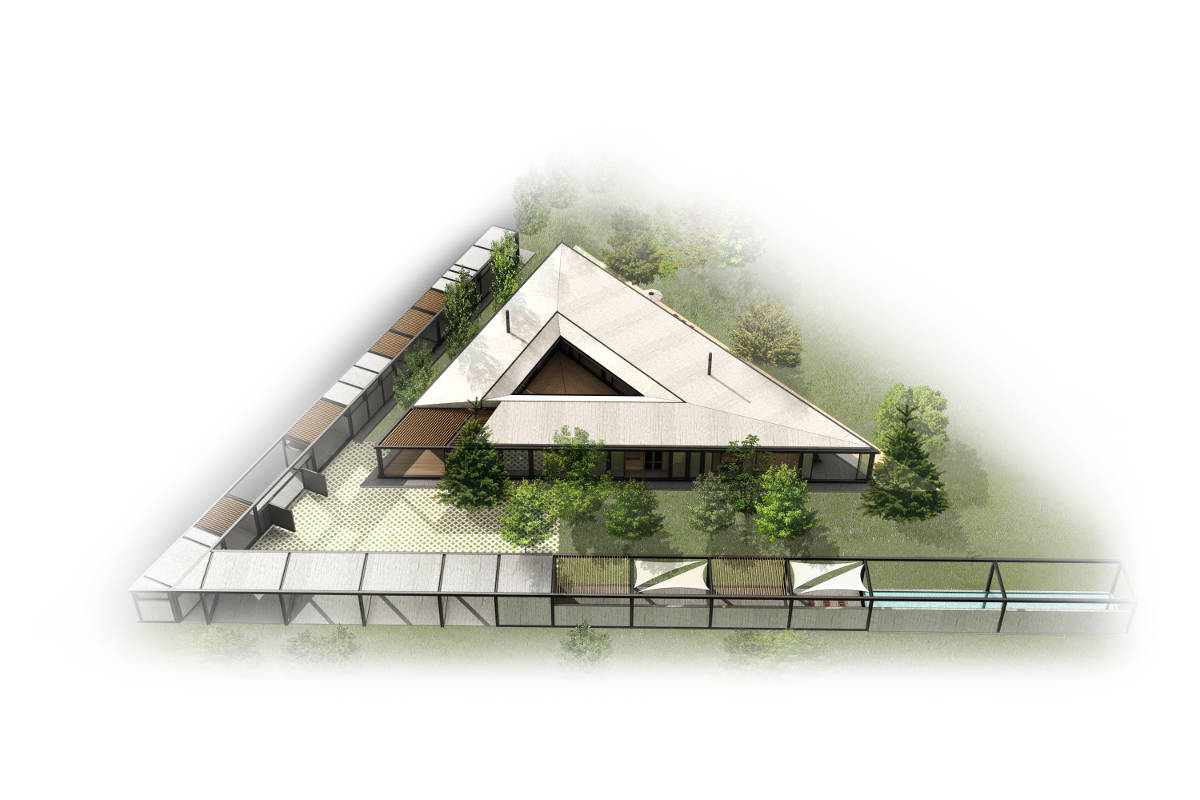 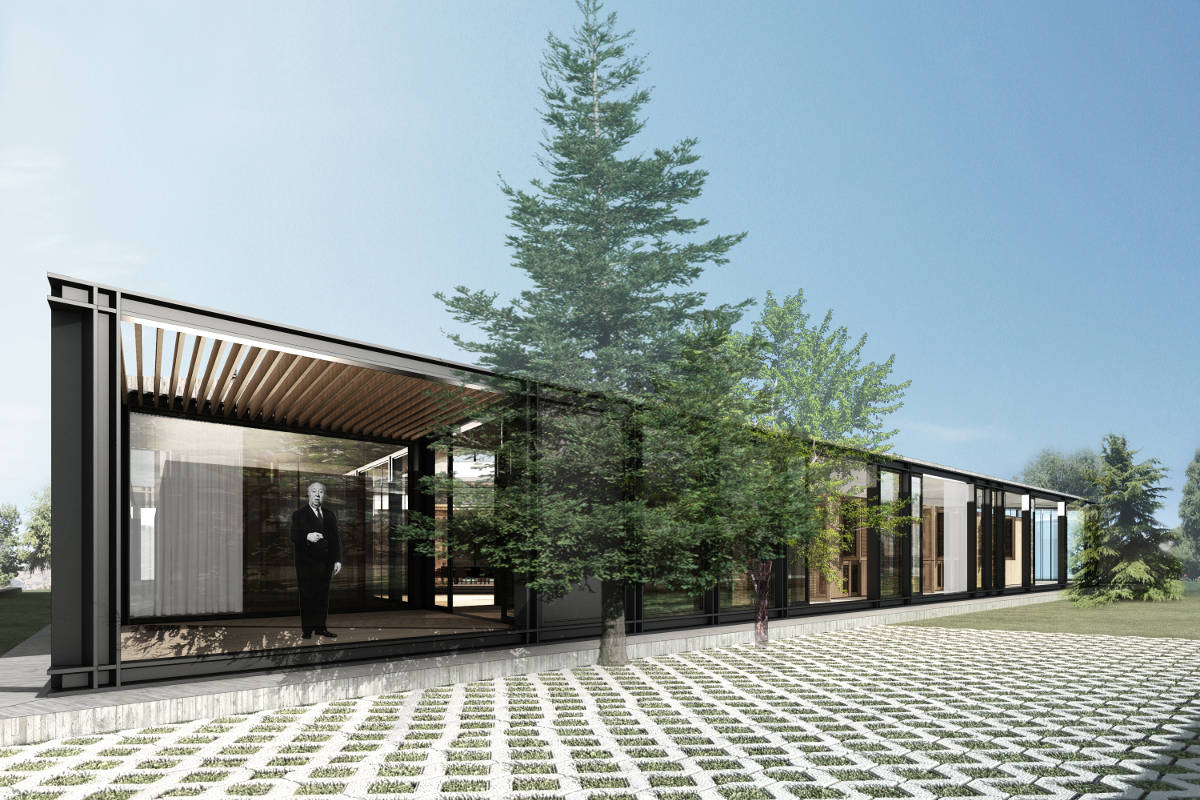 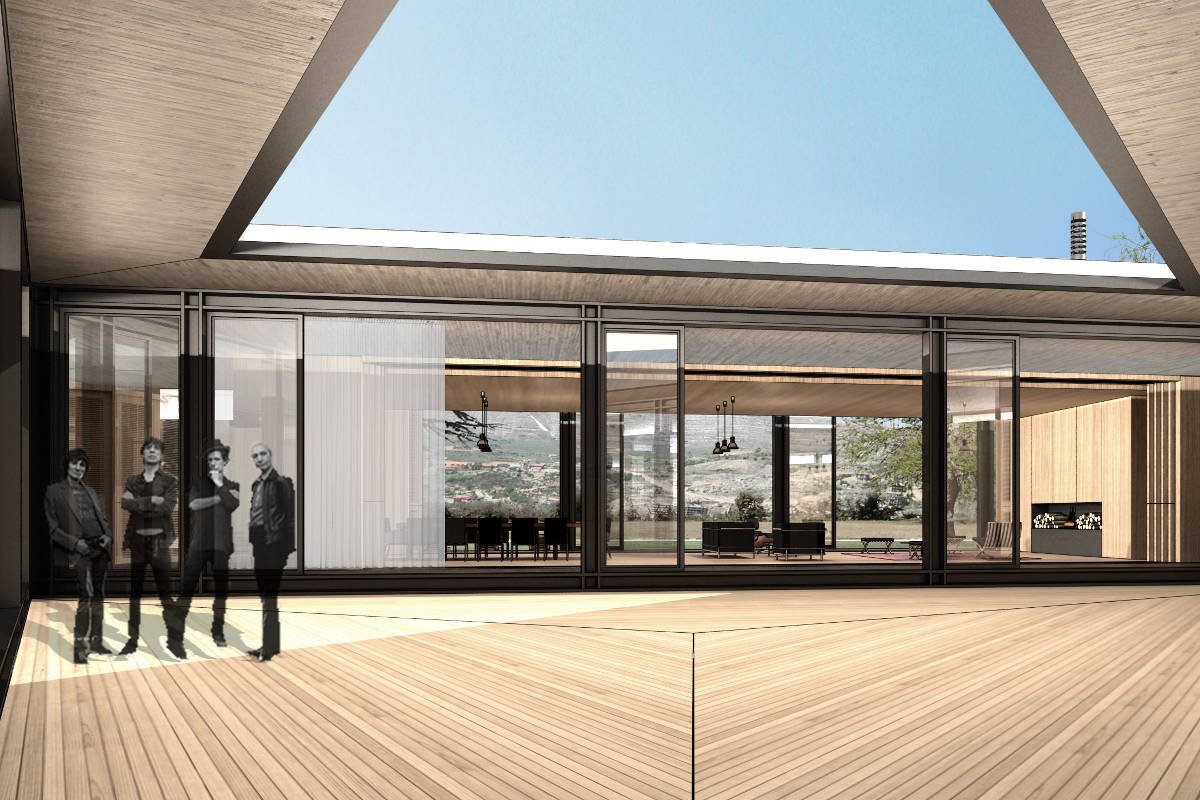 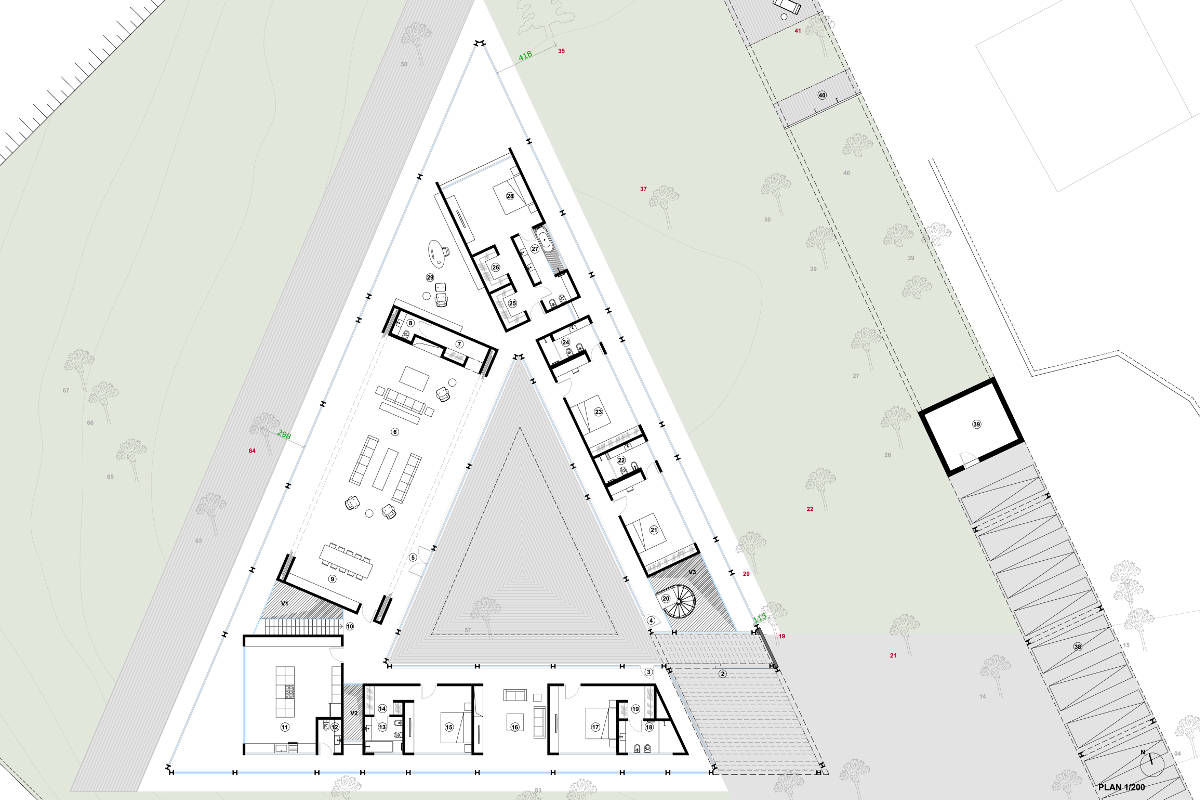 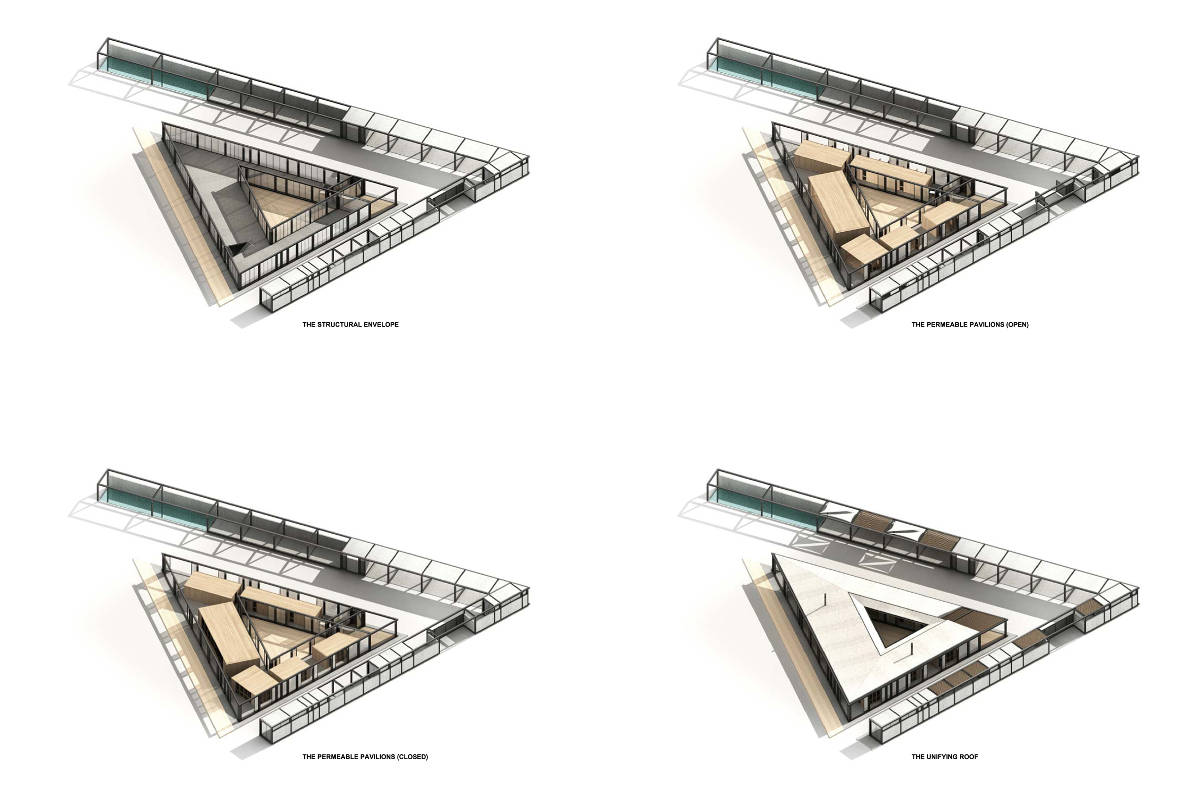