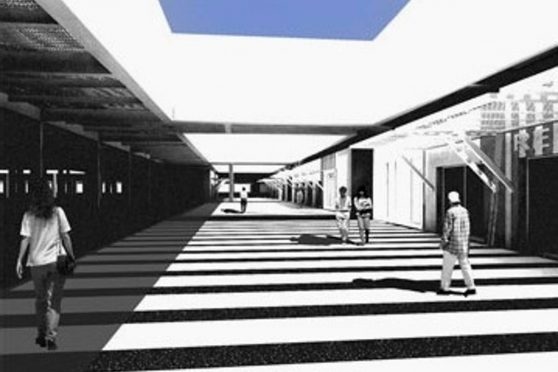 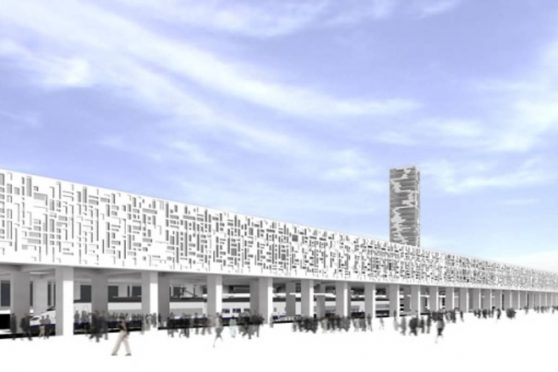 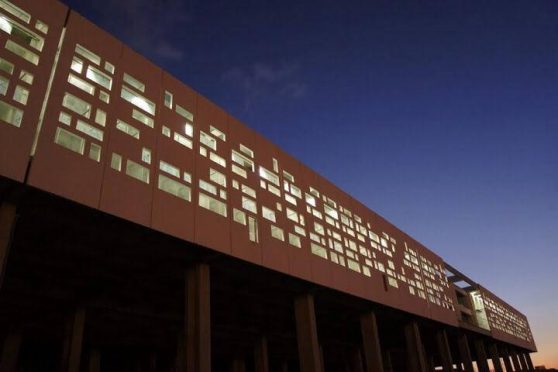 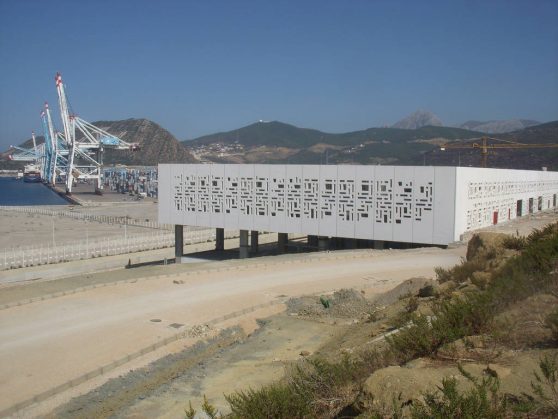 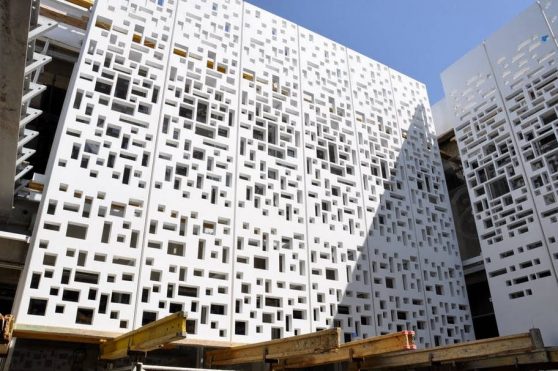 Tanger’s Tertiary Intermodal Center is a large public installation building comprised of two intermodal (train & buses) stations; a multiservice center (commercial spaces, offices, parkings, transitional spaces, resting & catering areas, etc.); as well as a small tower, amongst other features. The project is consistent with Jean Nouvel’s overall signature. The design proposes a subtle, contemporary reinterprétation of the moucharabieh – a tradition and visual marker of arabic architecture using white clay & stones openings to create natural ventilation & refrigeration of ancient buildings. The white facade, typical of mediterranean architecture, is perforated – displaying a pattern of geometrical loggias through which the light bounces & filters. The overall result is attuned to both the natural and cultural realities of its surroundings. The visual effect is striking from the inside (beautiful light motifs filter through peripheral spaces) as well as from the outside (providing this large, elongated building with a «landmark effect» of sorts).

Tatiana’s contribution focuses on the meticulous, and quite complex design of the main hall and its transitional spaces (intuitively directing crowds in their respective directions). Research and summary of existing, mandatory regulations; 3D modeling of the whole building with respect to its various access points; image rendering of the facade work & of its detailing, as well as drawings of circulatory + patio spaces, was part of her mandate.